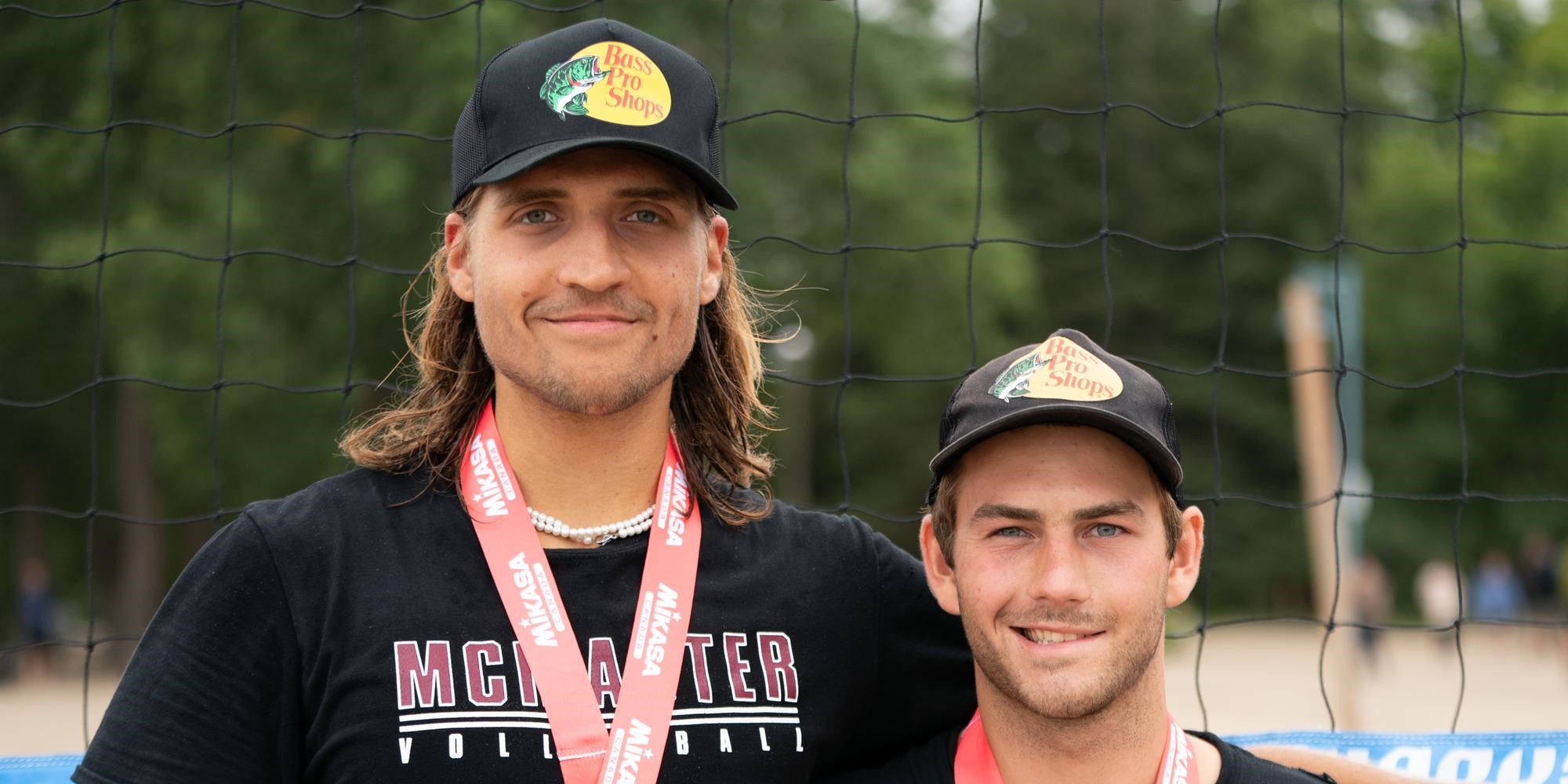 The Volleyball Canada University/College Beach National Championship is a tournament to determine the national champions of Canadian collegiate men’s and women’s beach volleyball.

Mateusz Wlodarski, a fifth-year outside hitter, had a fantastic 2021-22 season, earning him OUA West Second-Team All-Star honours. Wlodarski ranked second in the OUA in hitting percentage and third in the OUA in aces per set, averaging 0.53 service aces per set. Wlodarski was also a member of the Canadian Beach Volleyball National Team this past summer.

“It was incredible to play as a team, representing McMaster and competing against teams from other schools across Canada for the first time in Canadian Beach Volleyball History,” explained Wlodarski. “It was good to try and extend McMaster’s high-performance culture from indoor to the beach game.”

Ben Kerkhoff, a third-year libero, had an impressive season in 2021-22, playing 17 sets over nine matches. Kerkhoff has been on the Team Ontario Beach Provincial Team for four summers and represented Canada at the U21 Beach World Championships in Thailand in 2019.

“Representing a great school and volleyball program that I am proud to be a part of, along with my partner Mateusz, was a great experience,” explained Kerkhoff. “Having the opportunity to represent your school is always very exciting and added a new level of pride to the beach experience.”

Wlodarski and Kerkhoff defeated the Trent Excalibur and Western Mustangs in round robin play to finish atop their pool. In the round of sixteen, the pair dropped Dalhousie before being victorious in their contest with the Volontaires from Quebec in the quarterfinal. The Marauders then faced a tough squad from the University of Windsor in the semifinals. In the championship game, Wlodarski and Kerkhoff fell to the Queen’s Gaels in a tight battle of three sets by scored of 29-27, 18-21, 11-15.

“We are so proud of how Mateusz and Ben represented themselves and McMaster on the beach,” said men’s volleyball head coach, Dave Preston. “Their results are a testament to their hard work and perseverance – two things that will translate well into their indoor season.”

This article is shared as part of our Fair Dealing Policy. For the original article, please visit: https://marauders.ca/news/2022/9/7/mens-volleyball-wlodarski-and-kerkhoff-win-silver-at-university-volleyball-beach-championship.aspx