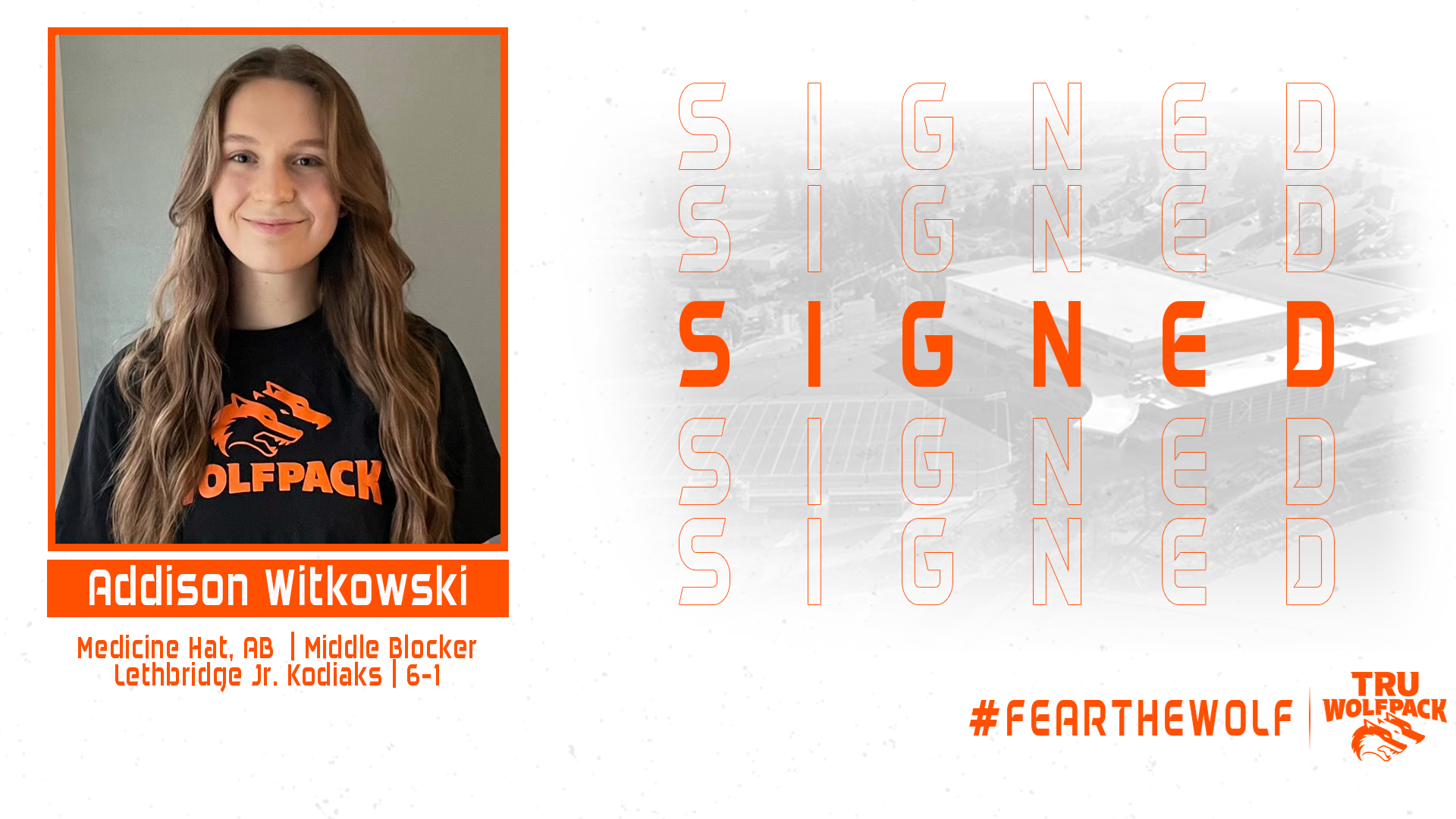 KAMLOOPS – The Thompson Rivers WolfPack women’s volleyball team and head coach Chad Grimm have officially brought the second member of their recruiting class on-board with the announcement that Addison Witkowski will join the ‘Pack in 2022-23.

“I am looking forward to having Addison join us next year,” said Grimm, who has led the ‘Pack to the Canada West playoffs in four of the last five seasons. “She is a multi-sport athlete who only recently has begun to focus on volleyball.  She will bring some added speed to our middle blocking group and has a high athletic ceiling.”

From Medicine Hat, Witkowski will add to the growing Albertan contingent on the WolfPack by being the eighth member from Alberta on the squad. The six-foot-one middle blocker who was the South East Zone Volleyball League MVP as well as on the league All-Star team, points to the quality of the people in the program as a big reason for her commitment.

“I chose TRU because of the location, the amazing science programs offered as well as the class sizes, But the big reason for my decision was to be a part of the WolfPack,” said Witkowski. “The coaches genuinely care about the athletes as people, not just as players. The athletes themselves are so dedicated and truly have a passion for the game. It’s a program I’m super excited to be a part of.”

Currently playing club volleyball for the Lethbridge Jr. Kodiaks, Witkowski excels not only on the court but also in the classroom. Captain of her high school team, Witkowski garnered awards for academic excellence throughout high school and is also a Student Council member.

“She is a great student and isn’t afraid of working hard, so I think she will develop nicely and add to the culture of our young group,” said Grimm.


This article is shared as part of our Fair Dealing Policy. For the original article, please visit: https://gowolfpack.ca/news/2022/1/13/womens-volleyball-middle-blocker-witkowski-set-to-bring-speed-athleticism-to-wolfpack.aspx