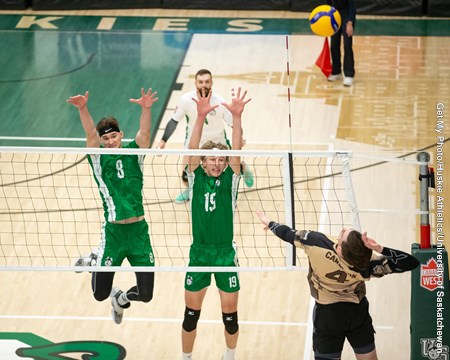 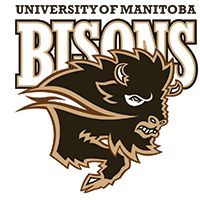 SASKATOON— A night after taking a victory over five sets, the Huskies (5-5) followed it up with a victory Saturday evening to end the weekend with a sweep over the Brandon University Bobcats (3-6). The Huskies improved to .500 on the Canada West regular season and secured their fourth straight victory winning in four sets (22-25, 25-21, 25-21, 25-16).

Levi Olson, the fourth year Outside Hitter from Saskatoon led the with 13 kills and 6 aces in Saturday night’s action. Quinn Buchanan led the Huskies defensively, recording 4 blocks on the night.

The Huskies have been on a roll after a slow start to the season, improving from the bottom of the east division at the start of the weekend to second in the division after the weekend sweep of the Bobcats. Their four-game win-streak has propelled them to be one of the hottest teams in Canada West. All four games of their win-streak have been against the Brandon Bobcats.

Jens Watt carried the offensive load for the Bobcats, recording a game-high 14 kills. Watt also led the Bobcats in digs with 7.

The Huskies will have a bye next weekend, before continuing Canada West action on January 28 at the University of Manitoba. Meanwhile, the Bobcats will return to Brandon to face the Winnipeg Wesmen in a home-and-home series on November 19 and 22.

You can catch all the action on Canada West TV presented by Co-op.

This article is shared as part of our Fair Dealing Policy. For the original article, please visit: https://huskies.usask.ca/news/2022/1/15/mens-volleyball-huskies-capture-fourth-straight-victory-saturday-night.aspx

Coach on the OVA Beach Tour

Sanders Finds a Home in the Far North

Kloth and Nuss claim win ahead of Kusadasi Challenge

How to Become a Faster, More Explosive Volleyball Player : Amplifying Your Foot Speed

How to Become a Faster, More Explosive Volleyball Player (1 of 4) – Building Strength and Decelerating your Movements

The Countdown to the USports Championship