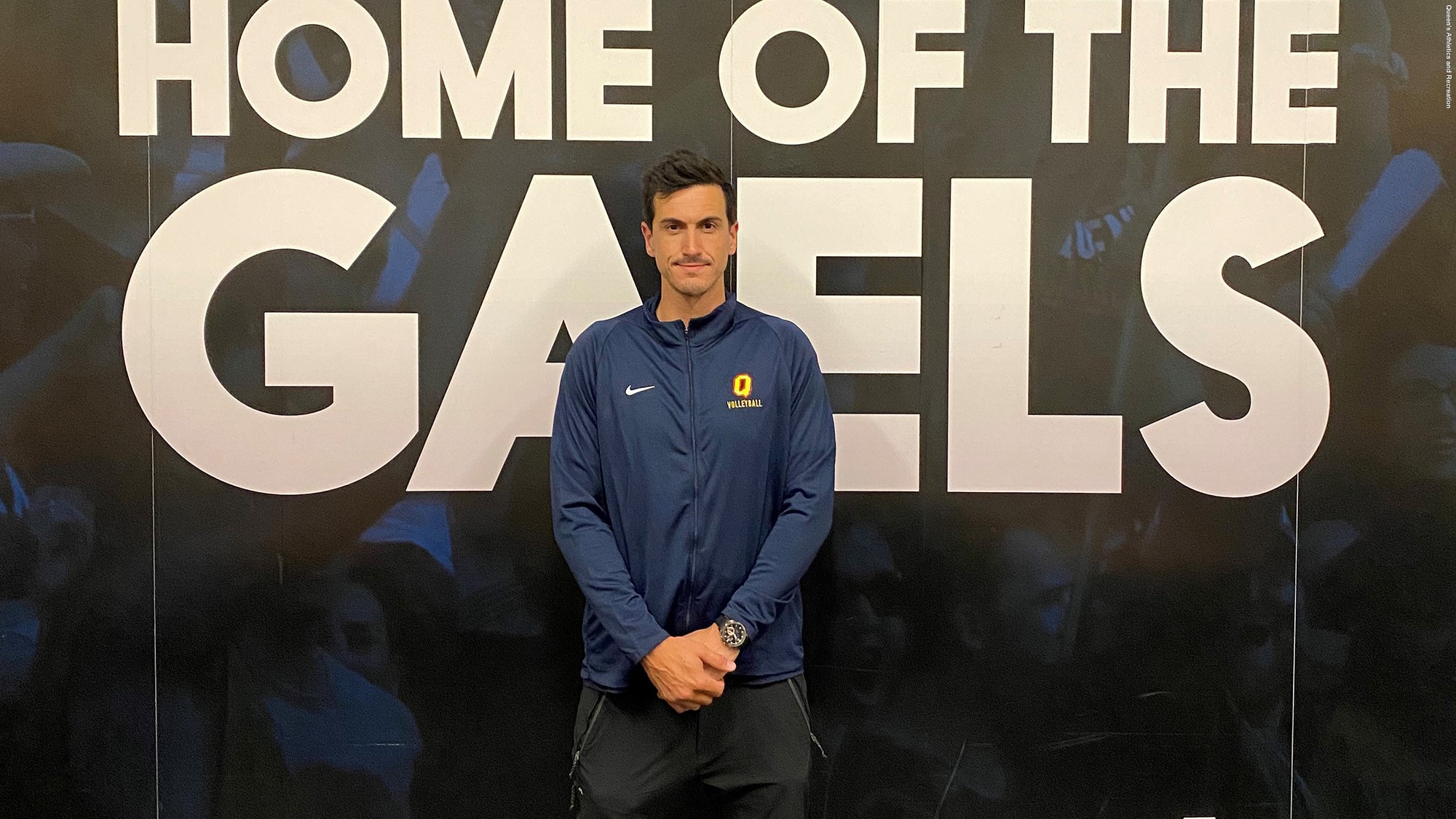 Sanderson is one of the most decorated U-Sports men’s volleyball players ever.

KINGSTON, ONT. (Jan. 3, 2022) – Queen’s Men’s Volleyball is excited to announce Paul Sanderson has joined the team as a full-time assistant coach. Sanderson joined the Gaels with an impressive playing résumé at the professional, international, and U SPORTS levels.

At the international level, the Melbourne, Australia native has appeared in 150 games with the Australian National Team, including competing in the World Cup, World Championships, World League, and FIVB Nations League. He helped Australia capture the silver medal at the Asian Championship in 2019, and win the World League Group 2 in 2014.

Sanderson was also ranked the best server and finished fourth in total points in the World League in 2015.

Sanderson was the CIS leading scorer and only player ever to average six points a set. He still holds the Canada West records in points and aces.

‘I am extremely excited to be joining the Queen’s University Men’s Volleyball team,” Sanderson said. “My goal is to assist the program in attaining their first ever National Championship and provide the athletes with volleyball expertise acquired throughout my professional and national team career.”

Sanderson, who was an Academic All-Canadian while at Brandon, has a Master’s Degree in Sports Coaching and Bachelor’s Degrees in Physical Education and History. He also holds a Personal Training Cert IV (Master Personal Trainer).

“We’re grateful for the opportunity to add such an incredible amount of experience and knowledge to our coaching staff,” said Gabriel deGroot, Head Coach, Men’s Volleyball. “I believe that Paul will enhance our training and competitive environment with an ability to take our student-athletes to new heights and levels of success. Paul has experience in both a Canadian University volleyball context as well as the professional and international game at the highest level. As we continue to strive for national championship success, he will truly add value to every aspect of our program.”

Queen’s Men’s Volleyball is ranked No. 5 in the U SPORTS Top 10 Rankings after starting the 2021-22 season with a 4-0 record. The regular season has been paused by the OUA due to the ongoing COVID-19 pandemic and will commence no earlier than Monday, Jan. 24.

This article is shared as part of our Fair Dealing Policy. For the original article, please visit: https://gogaelsgo.com/news/2022/1/5/volleyball-m-queens-mens-volleyball-adds-sanderson-as-full-time-assistant-coach.aspx

How Will COVID-19 Suspensions Impact the U SPORTS Top Ten Teams?
Lakers Add Strong Prospect with Addition of Shantz
Loading…