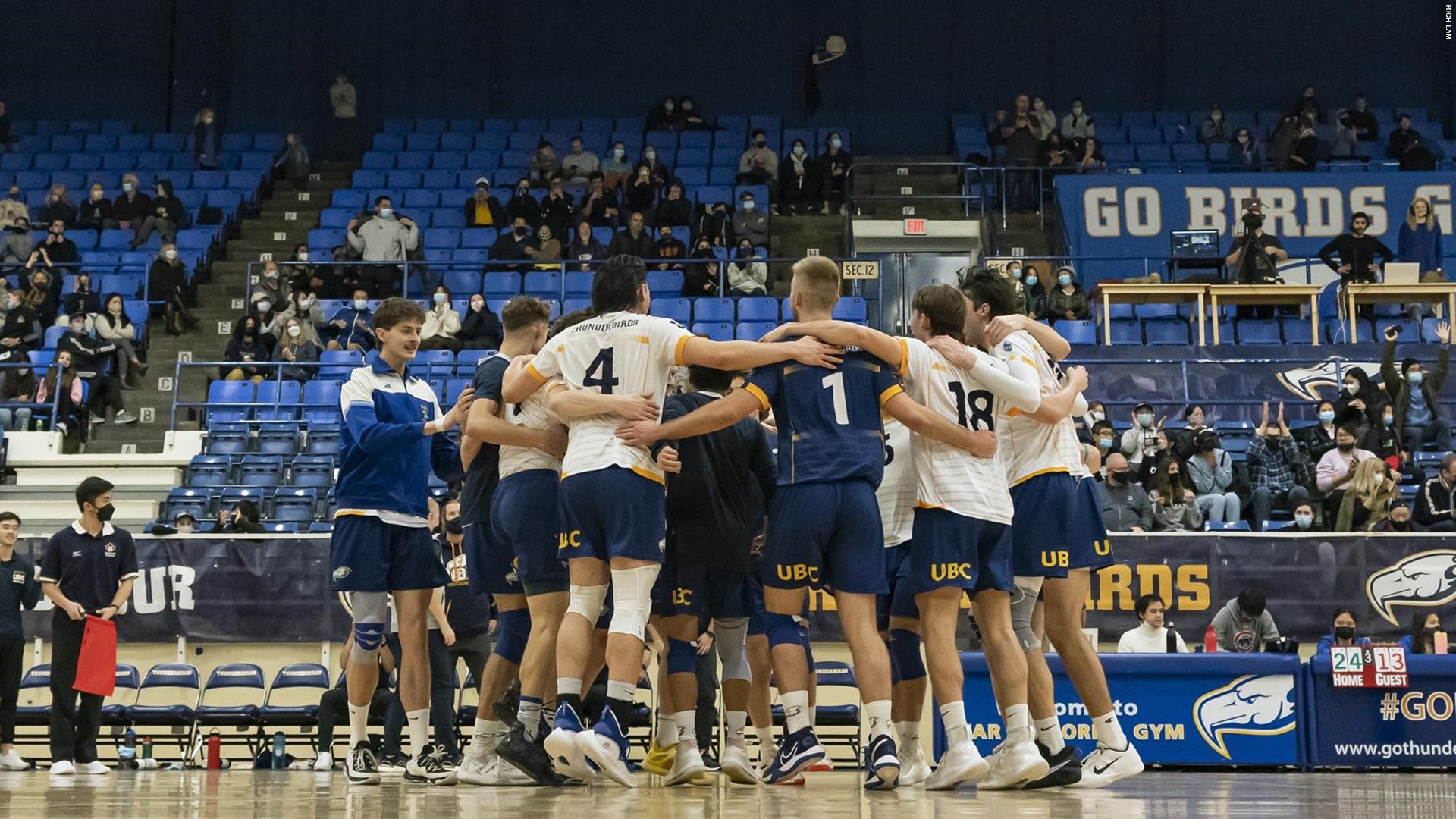 The extended holiday break presents unique challenges, but the T-Birds are looking to begin 2022 off on the right foot.

“Semester two means you can start fresh,” said UBC Head Coach Mike Hawkins. “It can be the breath of fresh air that you need. We’re going into this year with a blank slate, looking to position ourselves properly for playoffs and into a long playoff push.”

The T-Birds return to conference play after splitting an early December matchup in Kelowna against UBC Okanagan. In the weekend opener the ‘Birds dug deep after dropping the first frame (19-25), then bounced back and dominated the rest of Friday night, downing the Heat in three straight sets (25-13, 25-16, 25-21) securing the 3-1 win. Coltyn Liu led the way with 14 kills, while Mason Greves distributed 44 assists on the night. 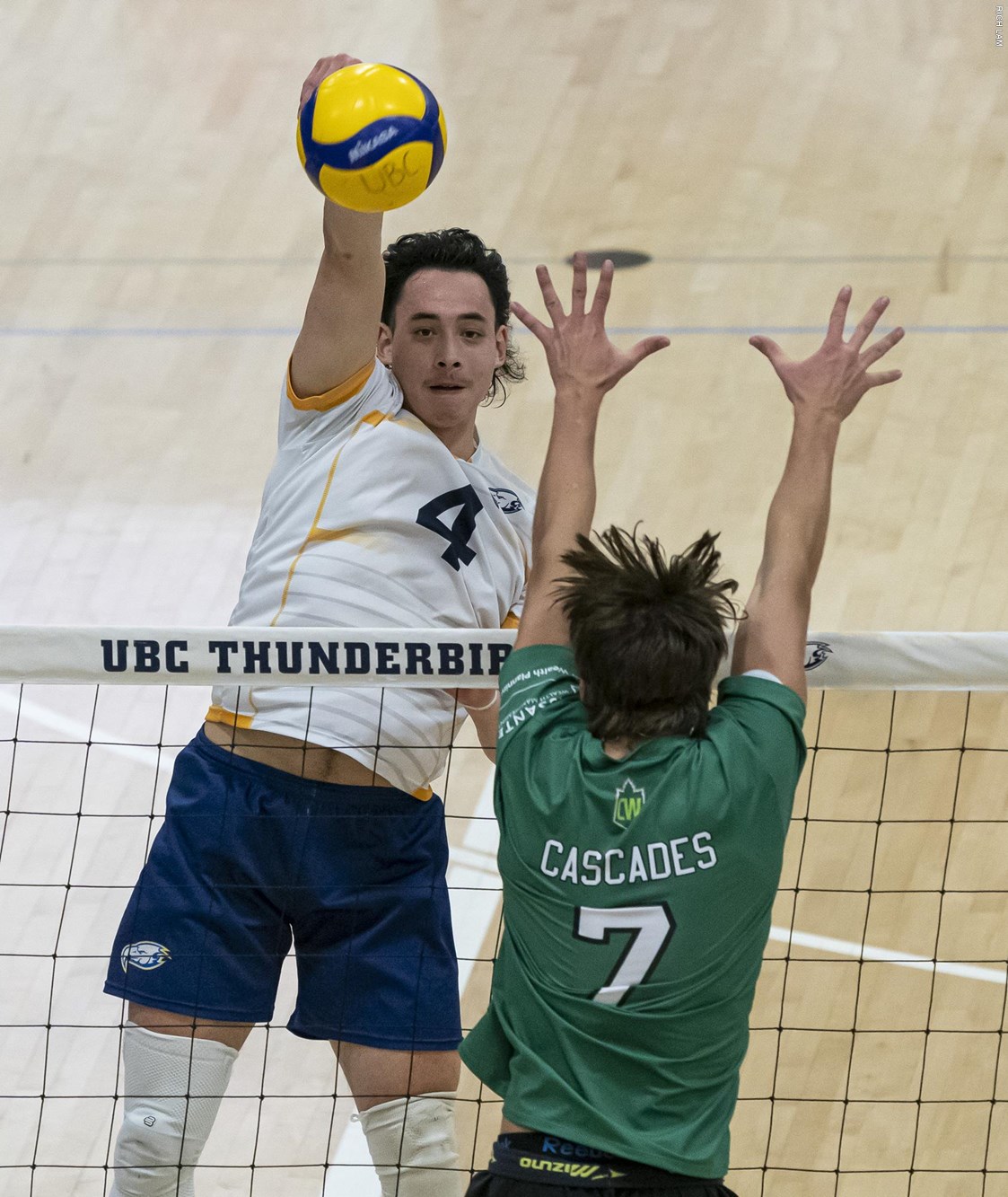 Progressing and developing throughout the first half of the season was a major point of emphasis for the ‘Birds. After battling a difficult preseason full of injuries, integrating new players was critical in Hawkins approach.

“Essentially, we’ve added two separate recruiting classes. The 2020 class didn’t get the opportunity to play, and the 2021 class comes in as true first years, it was their first Canada West exposure. James Vincett and Mason Greves have played a considerable amount for first year players, we’re pleased with how all of our young athletes have come along.” 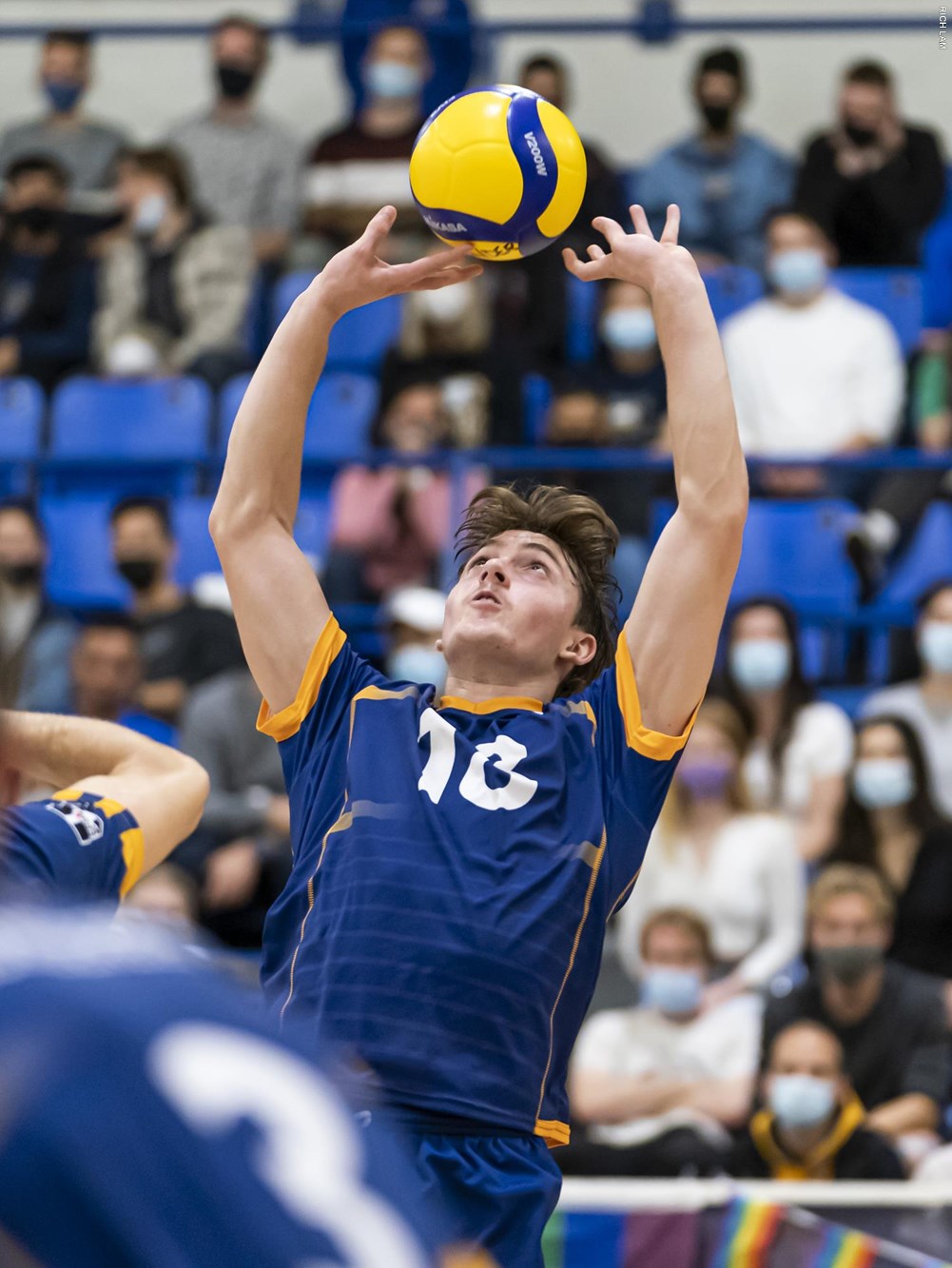 Thompson Rivers enter this weekend sitting two games behind UBC in the West Division standings. Beginning the season by dropping four straight games, the Wolfpack pulled together with an important 3-2 win against UBCO in their latest outing on November 13th (19-25, 19-25, 25-18, 28-26, 24-22).

Due to rescheduled games, this weekend’s action will be their first competition in just under two months. The extended period makes it difficult to game plan for TRU and Head Coach Pat Hennelly.

“Pat does a good job of rolling out different lineups and playing the hot hand,” explained Hawkins. “Even more, this team hasn’t played a game since November 13th. It’s hard to guess or project where they’re at, what lineups they’re using, and what tendencies they have. It presents a unique challenge preparing for a team that hasn’t played in two months.” 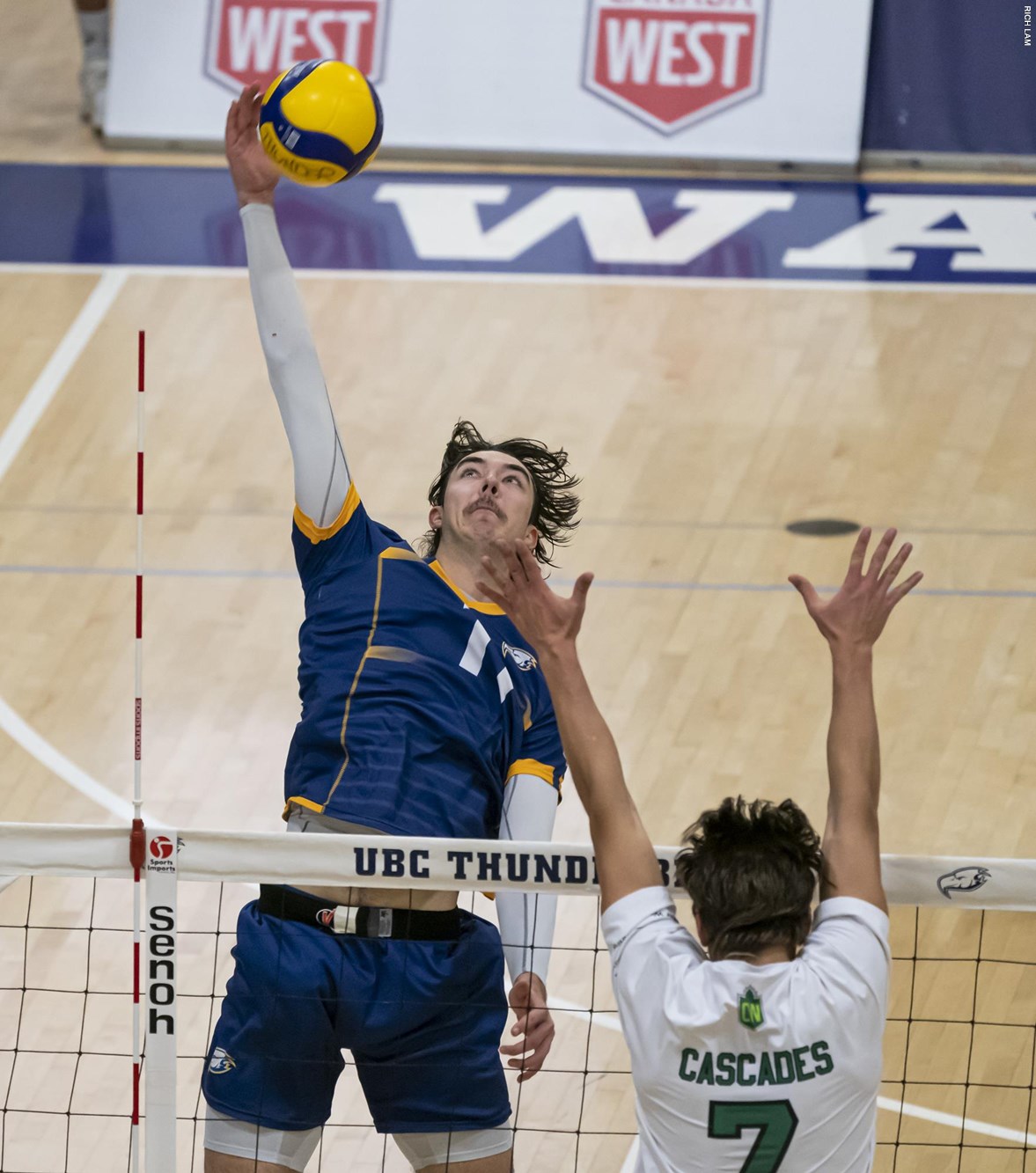 Matt Neaves (57), Coltyn Liu (56), and Michael Dowhaniuk (50) have provided a consistent three-man attack entering the New Year leading the ‘Birds in kills. Neaves leads the team in overall points, tallying 82.5. First year setter Mason Greves continues to be an important piece of the team, connecting his peers for a team high 140 assists. On the defensive end, Gerard Murray has stood tall with 21 blocks, and Coltyn Liu leads with 30 digs.

A reminder that all tickets to UBC games are free this year, but you must register in advance here.

All games can be viewed live on Canada West TV presented by Co-op.

This article is shared as part of our Fair Dealing Policy. For the original article, please visit: https://gothunderbirds.ca/news/2022/1/12/thunderbirds-begin-2022-defending-home-court.aspx