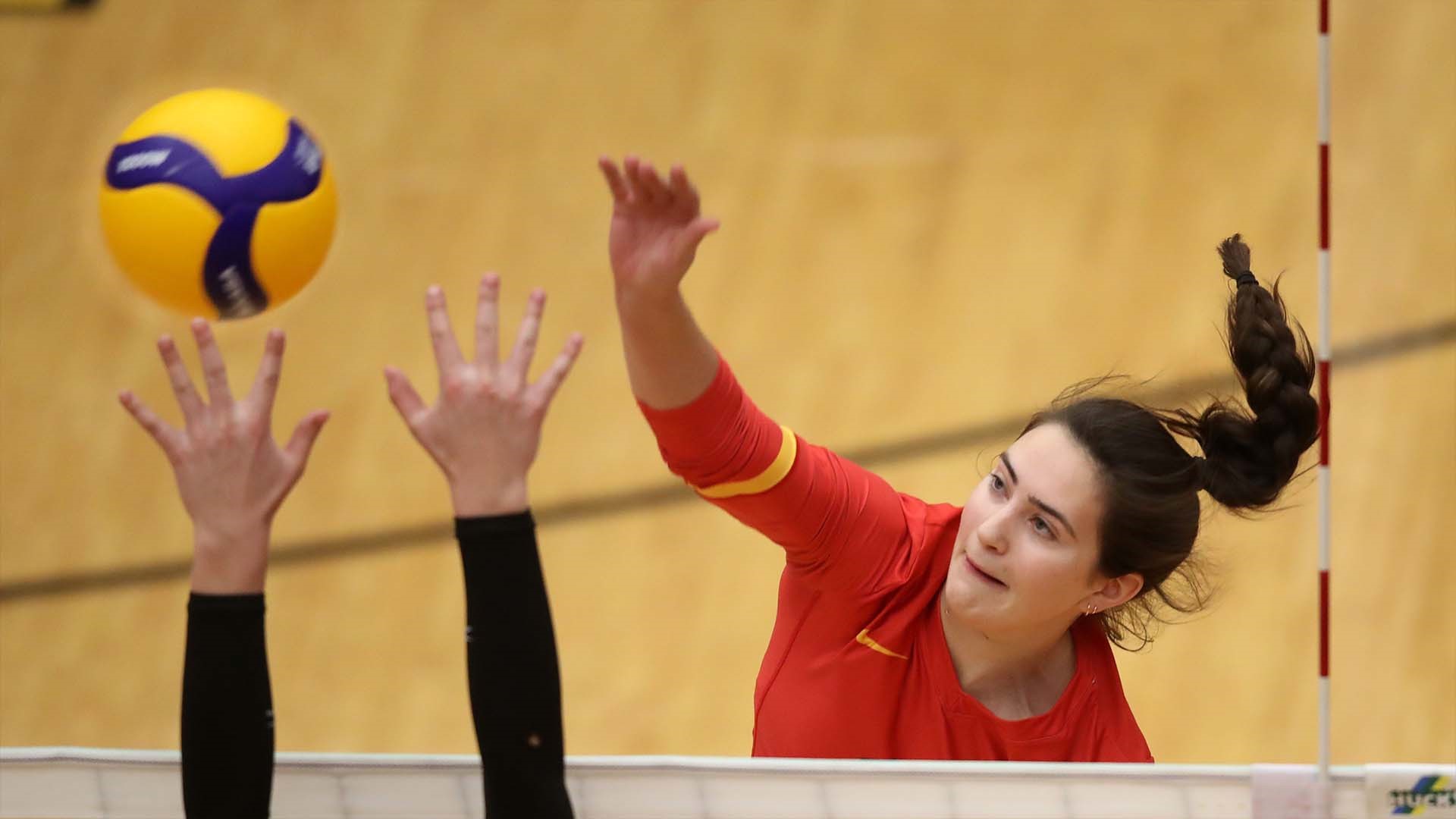 The Mount Royal Cougars swept the weekend series against Calgary.

BOX SCORE CALGARY – The University of Calgary Dinos women’s volleyball team dropped their second straight to the Mount Royal University Cougars by a 3-0 (22-25, 10-25, 21-25) score on Saturday at Kenyon Court.

Kenzie Vaandering and Sophie Reed each had seven kills for the Dinos, while Michela Alongi had eight digs.

Madison Marshall fuelled the Mount Royal offence and finished with 11 kills and a .389 hitting percentage. Also contributing for the home team was Jessica Osczevski and Haley Roe with eight kills each.

The Dinos go into the winter break with a 2-6 record, while the Cougars sit at 6-2.

Much like Friday night, the opening set was up for grabs for both teams. Tied at 21, Osczevski took control of the set with three kills in a 4-0 Mount Royal run en route to the set win.

A 6-0 run mid-way through the second turned a two-point game into a 14-6 score as the Cougars ran away with the set.

The Cougars continued to make runs in the third set but faced a late challenge by the Dinos when Reed collected three straight kills. Calgary ran out of time though as a kill by Roe, followed by a Dinos service error ended the game.

Mount Royal finished with a .337 hitting percentage, while Calgary hit .091.

The Dinos are back in action on January 21-22 when they host the Alberta Pandas at the Jack Simpson Gym.

This article is shared as part of our Fair Dealing Policy. For the original article, please visit: https://godinos.com/news/2021/12/4/womens-volleyball-dinos-drop-2021-finale.aspx